Lost Girls is Robert Kolker’s best-selling nonfiction book about the victims of the Long Island Serial killer. Its simple site may be the best-publicized website we’ve ever done. It garnered a favorable mention from the New Yorker and was showcased on Huffington Post Live. The heart of the site is an interactive map that shows where the bodies were found, gives excerpts of the victims’ stories, and shows the inter-relationships between the various sites and victims. We created this site using a series of javascripts so that they’d work equally well on both desktop and mobile devices.

Our only regret about the site is that it’s not quite as elegant as it was when it was first launched. Bob added every new positive review, mention on a Year’s Top 10 list, etc., to the home page, which is now top-heavy with praise. We designed the site so that the author would be able to update it himself, so really, except from the most piddling aesthetic point of view, neither of us is in a position to complain.

Top to bottom, left to right: Animated tour of the website, and the interactive map. 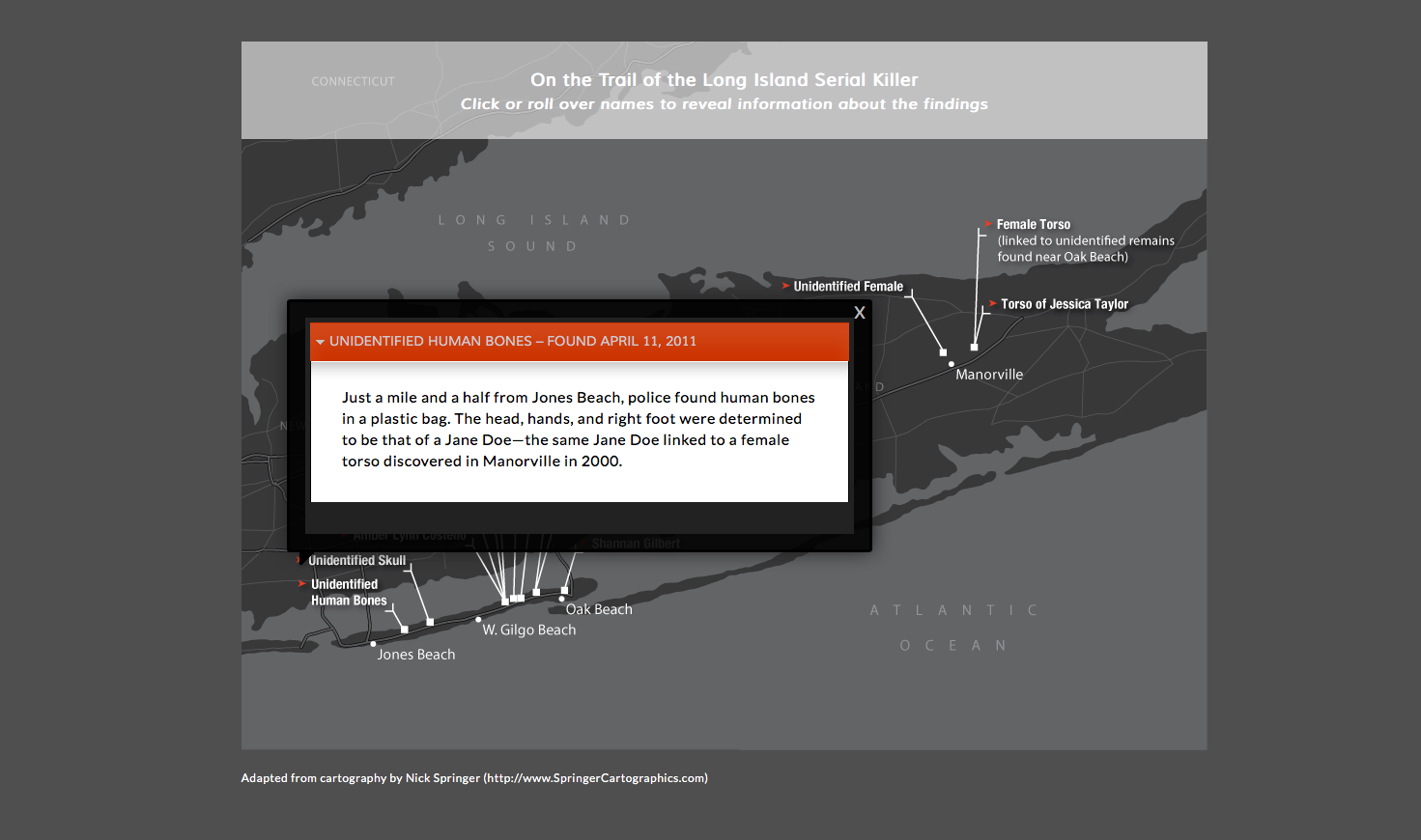